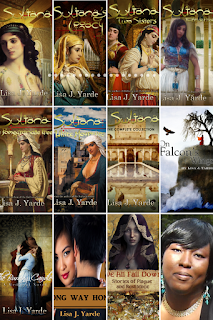 
In fifteenth-century Moorish Spain, Moraima, wife of
the last Sultan of Granada faces an uncertain future.


Her husband’s realm endures terrible odds in battles against dangerous foes. The united Catholic monarchs Isabella of Castile and Ferdinand of Aragon gain ground steadily, encroaching upon Granada, while dynastic rivalries fracture the Moorish kingdom from within the palace. How can Moraima ensure the survival of her family, shattered by warfare and betrayal?

In fifteenth-century Moorish Spain, Aisha, the descendant of the Sultans of Granada endures a life imperiled by dynastic warfare, loss, and cruel fate.


Enemies descend on the kingdom from all sides and threaten to tear it apart. To preserve a fragile peace, Aisha suffers a sham marriage to a cruel tyrant, forever divided from the love that once ruled her heart. Years later, when a trusted confidante becomes a powerful rival, Aisha must fight for the future of the next generation or witness the destruction of her family and the last vestiges of Moorish rule in Spain.

In fourteenth-century Moorish Spain, a marriage of convenience
for the sake of peace leads to disaster in the medieval kingdom of Granada.

The young queen Jazirah, caught up in a dynastic struggle between warring brothers, fights for her survival. Wed to a husband who looks at her with more suspicion than lust in his eyes, she must escape reminders of a brutal past in a quest to find forgiveness, hope, and love. Her husband Muhammad faces greater peril than union with a wife he cannot trust. Surrounded by enemies within his family who seek the throne and undermined by ministers who would alter the course of his country’s future, he intends to rule the land of his ancestors alone. How can he endure against his most bitter opponents, not least among them, the woman whom he has chosen for a bride?


In fourteenth-century Spain, two women vie for a
man's heart and the future of his kingdom.


Both women are captives sold into the harem of Sultan Yusuf I of Moorish Granada. A young girl with a hidden heritage, Esperanza Peralta, forges a new identity as Butayna and becomes the mother of Yusuf's firstborn son.The Jewess Miriam Alubel takes the name Maryam and also bears Yusuf's children, including two sons. The clash between former friends is inevitable, as each finds diverging paths in a dizzying rise to power beside their husband. Both remain aware of the struggle ahead, for only one heir may inherit Yusuf's throne and only one woman can claim the revered title, Mother of the Sultan.


In thirteenth-century Moorish Spain, the Sultanate of Granada
faces a bleak future, as a tyrant seizes control.


Fatima, the daughter of a Sultan, and her devoted husband Faraj have enjoyed years of peace and prosperity. Now, a power-hungry madman claims the throne. He murders almost everyone Fatima holds dear. His reign fractures a weakened Sultanate, under siege from Christian kingdoms to the north and Moorish dynasties in the south. Fatima must preserve the legacy of her forefathers at all costs. She risks everything, even the love and trust of her husband. Amidst treachery and intrigue, she stands alone against her adversaries, determined to avenge terrible losses. Can she survive divided loyalties and shocking betrayals?

✥ ✥ ✥
SULTANA
(Winter 2011)
Book #1 of the Sultana series
In thirteenth-century Moorish Spain, the realm of Granada is in crisis.


The union of Fatima, granddaughter of the Sultan of Granada, with the Sultan’s nephew Faraj has fractured the nation. A bitter civil war escalates and endangers both Fatima and Faraj’s lives. All her life, Fatima has sheltered in lavish palaces where danger has never intruded, until now. A precocious child and the unwitting pawn of her family, she learns how her marriage may determine her future and the fate of Granada. Her husband Faraj has his own qualms about their union. At a young age, he witnessed the deaths of his parents, and discovered how affluence and power gives little protection against indomitable enemies. Throughout the rugged frontiers of southern Spain, the burgeoning Christian kingdoms in the north and the desert states of North Africa, Fatima and Faraj survive ruthless murderers and intrigues. They unite against common enemies bent on destroying the last Moorish dynasty.

✥ ✥ ✥
THE BURNING CANDLE
(Summer 2012)
Love is for women who have choices. She has none.

In eleventh-century France on the eve of the First Crusade, Isabel de Vermandois becomes the wife of a man old enough to be her father. He is Robert de Beaumont, Comte de Meulan. A hero of the Norman victory at Hastings and loyal counselor to successive English kings, Robert is not all Isabel had expected. Cruel and kind by contrast, he draws her into the decadent court of King Henry I. As Robert's secrets are unraveled, Isabel finds her heart divided. Her duties as a wife and mother compel her, but an undeniable attraction to the young William de Warenne, Earl of Surrey, tempts her. In a kingdom where love holds no sway over marital relations, Isabel must choose where her loyalties and her heart lie. Based on the life of a remarkable medieval woman forgotten by time, The Burning Candle is a story of duty and honor, love and betrayal.

When Avicia, a Norman noblewoman, makes a careless but costly mistake with a prized falcon, the brutal punishment nearly claims her life. Her Saxon lover, Edric of Newington, witnesses her ordeal but cannot share her fate. Another destiny awaits him in England, and the prospect of a loveless marriage. Swept away in the arms of another, Avicia enters the treacherous court of Duke William of Normandy. Through the years, Edric and Avicia reunite in a timeless, forbidden love, but a bitter rivalry for the English throne divides them. In a world forever altered in the aftermath of Hastings, hope rises and the chance to love again. 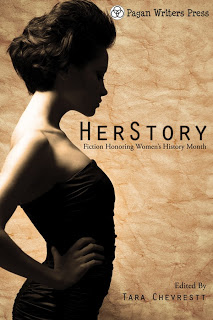 
Gwenllian, a Welsh princess of Gwynedd and the wife of the dispossessed lord of Deheubarth faces the greatest trial she has ever known. Brutal English invaders have ravaged her beloved country and forced her into a meager existence, hidden in the forests of her husband’s homeland. While he seeks a strong alliance against the enemy, Gwenllian prepares herself and her children for the fight of their lives. Strength and honor alone will not help. Her family must unite for their survival. 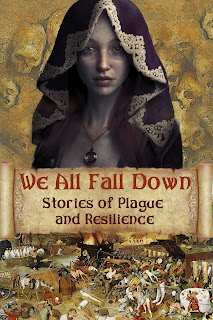 Plague has no favorites.

In this anthology, USA Today, international bestselling, and award-winning authors imagine a world where anyone—rich, poor, young, old—might be well in the morning and dead by sundown.

Readers will follow in the footsteps of those who fought to rebuild shattered lives as the plague left desolation in its wake.

An Irish woman tends her dying father while the Normans threaten her life and property.  A Hispano-Muslim doctor fights the authorities to stem the spread of the deadly pestilence at great personal cost.  A Tuscan street hawker and a fresco painter watch citizens perish all around them even as they paint a better future. A Spanish noblewoman lives at the mercy of a jealous queen after plague kills the king. The Black Death leaves an uncertain legacy to Dante’s son. In Venice, the artist Titian agonizes over a death in obscurity. A Scottish thief loses everything to plague and repents in the hope of preventing more losses. Two teenagers from 2020 time-travel to plague-stricken London and are forever changed. And when death rules in Ottoman-occupied Greece, a Turk decides his own fate.

Nine tales bound together by humanity’s fortitude in the face of despair: a powerful collection of stories for our own time.

In dark and deadly times, love and courage shine bright.

At the intersection of busy California highways, two lives collide.

Taka Chang has never played by anyone else’s rules, including those of her wealthy parents. Her supermodel looks, coupled with a foul mouth and fierce attitude, often intimidate most people. Kevin Iwasaki has the keys to success, with his privileged background and a bright future ahead of him. The pride of his billionaire parents, he has high expectations of everyone in his circle. Taka and Kevin embark on a tempestuous relationship, fueled by an intense attraction. It may not be enough. Kevin’s ultimatums set off a series of events that spiral out of control. Can Taka and Kevin find their way back to each other? Can their love survive shocking secrets and betrayal?